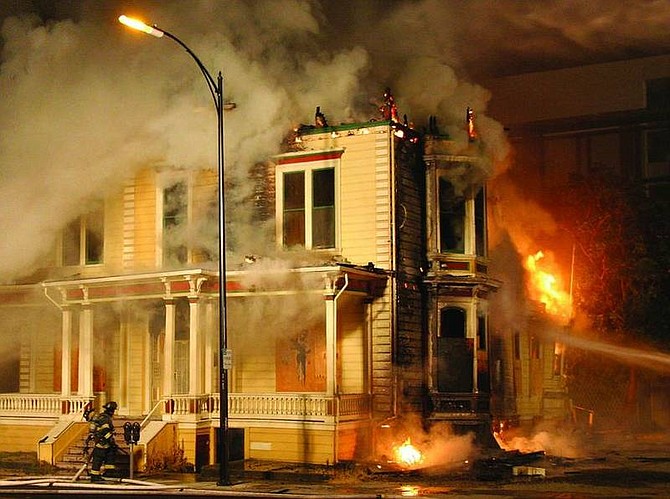 Photo by Craig Allyn Rose/San Jose Fire Dept. Firefighters battle a blaze in July that gutted the Victorian-era home where Eliza Donner of the ill-fated Donner Party lived. The building had been converted into apartments, but in recent months was deserted and boarded up.