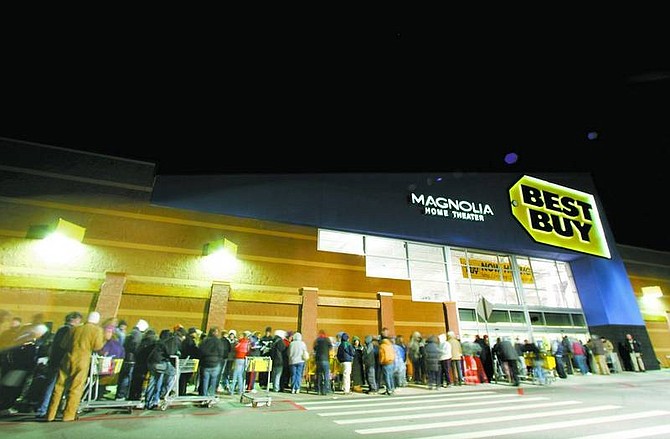 BRAD HORN/Nevada Appeal Black Friday shoppers line up in front of Best Buy at 4:15 a.m. Friday in hope of grabbing some of the doorbuster deals offered when the store opened at 5 a.m. A Dynex 32-inch, flat-panel LCD HDTV was offered to the first 20 customers for $449.99, a $300 discount.