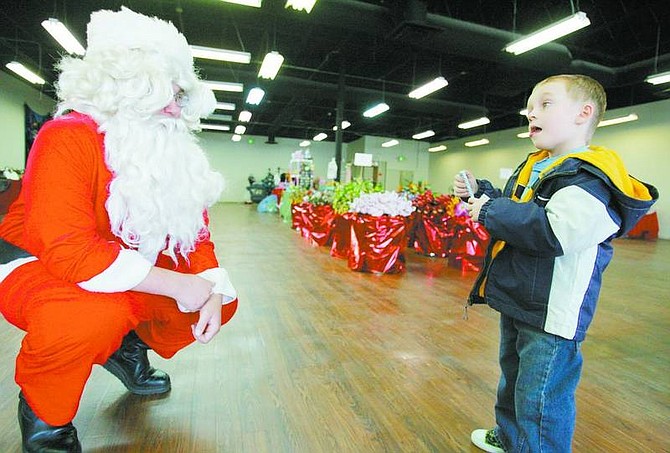 Photos by BRAD HORN/Nevada Appeal Treavor Mofle, 5, of Dayton, tells Santa Claus what he wants for Christmas at a craft fair Saturday at the Southgate Shopping Center.