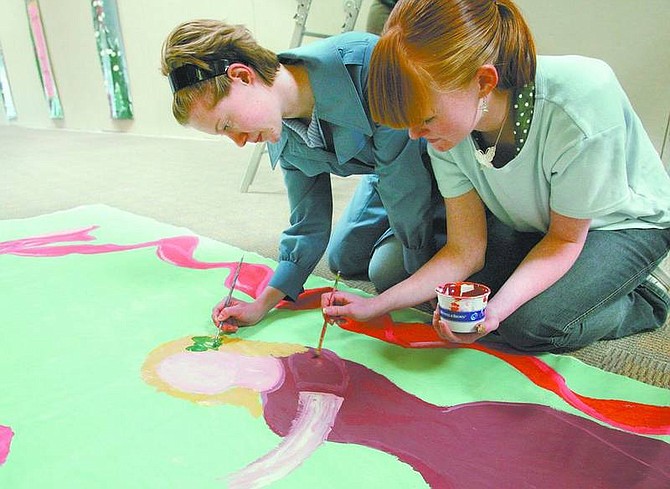 Danita Bayer, 14, left, and Jayme Foremaster, 15, paint part of the backdrop for the Dickens Faire on Wednesday at the Carson Mall. The event is a fundraiser for the Rural Center for Independent Living and the Do Drop In day shelter. Cathleen Allison/ Nevada Appeal