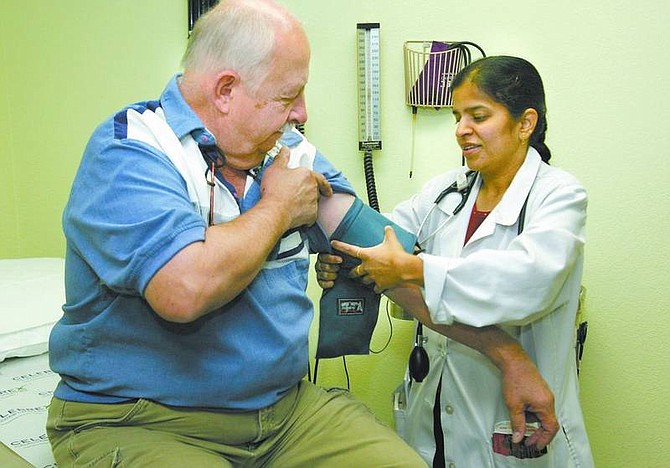 Cathleen Allison/Nevada Appeal file photo Dr. Umasankari Sundaram checks Walter Piurek&#039;s blood pressure Nov. 7 at the Lahontan Medical Complex in Silver Springs. Nevada remains the fastest-growing older population in the U.S. according to a 2007 UNR study. However, according to the study, the state is facing &quot;critical shortages&quot; of medical professionals.