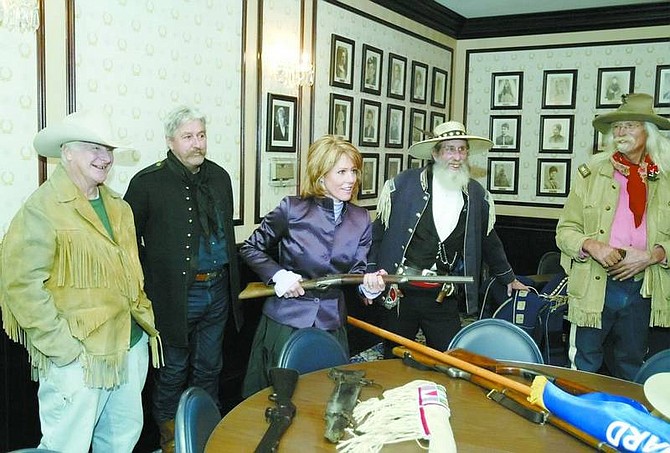 BRAD HORN/Nevada Appeal Nevada First Lady Dawn Gibbons gets ready for the re-enactment of the ribbon-cutting ceremony that opened the Governor&#039;s Mansion in 1909.