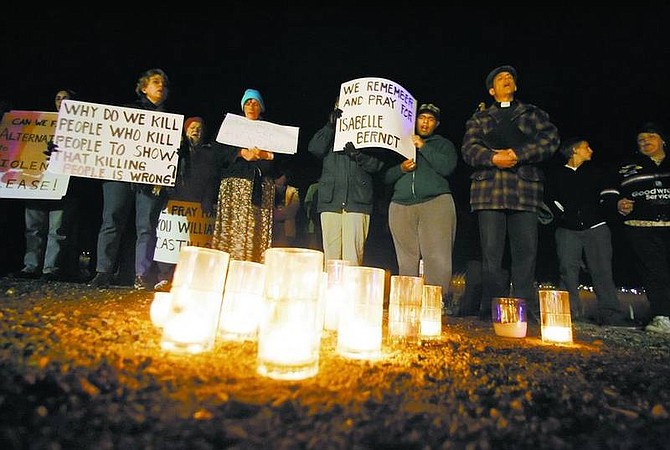 BRAD HORN/Nevada Appeal Protesters including Father Chuck Durante, right, pray across from the Nevada State Prison on Monday after hearing that the Nevada Supreme Court issued a stay halting the 8:30 p.m. execution of William Castillo.