Time capsule from 1966 to be exhumed Monday 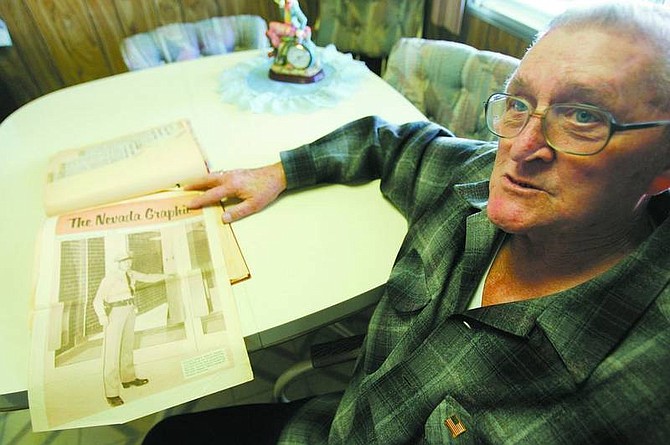 BRAD HORN/NevadA Appeal Retired Carson City Sheriff&#039;s Capt. Don Cave shows a newspaper clipping from July 10, 1966, when the current sheriff&#039;s office building was opened. On Monday morning, Cave will take part in a ceremony to exhume a time capsule encased in the building&#039;s cornerstone 41 years ago.