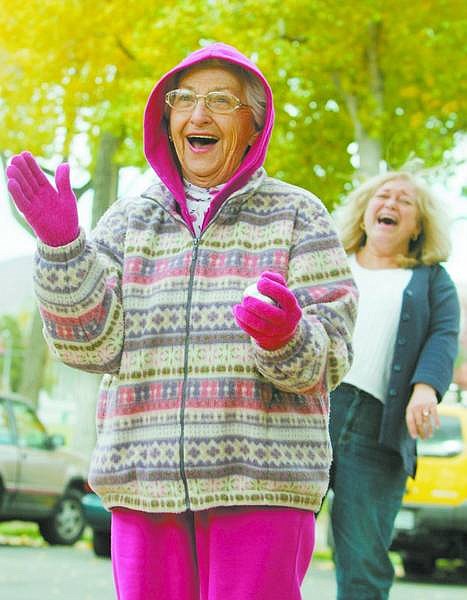 BRAD HORN/Nevada Appeal Noma Perkins, 81, of Carson City, reacts after getting the closest ball in a bocce ball tournament at Mills Park on Saturday. Pictured behind Perkins is J.J. McCain&#039;s aunt JoAnn Robb, of Vacaville, Calif.