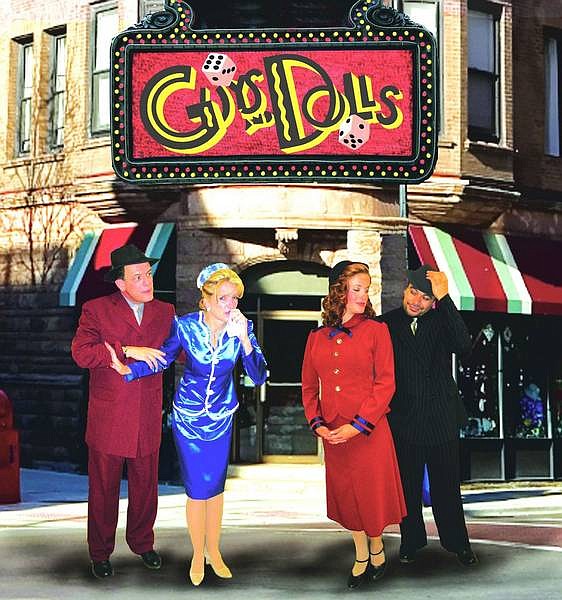 The leads react before a sign for the show. They are, from left, Kirk Gardner, Catherine Cook, Katelyn Pennebaker and Leoney J. Berg.