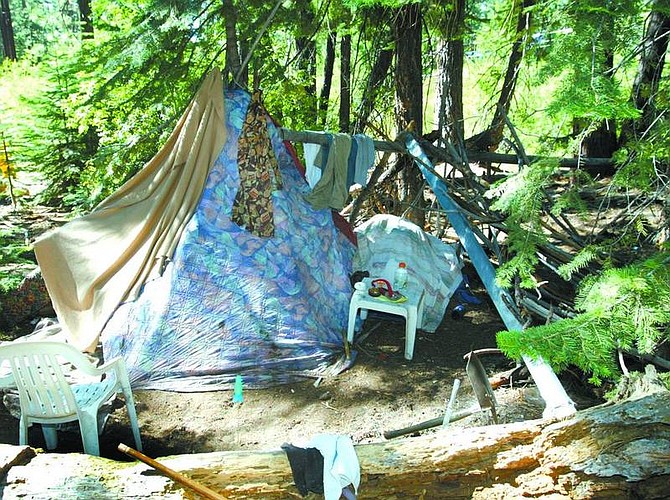 Jim Grant /Nevada Appeal News Service An illegal campsite was set up in the forest near Stateline. Officials worry that campfires of the homeless could start a wildfire.