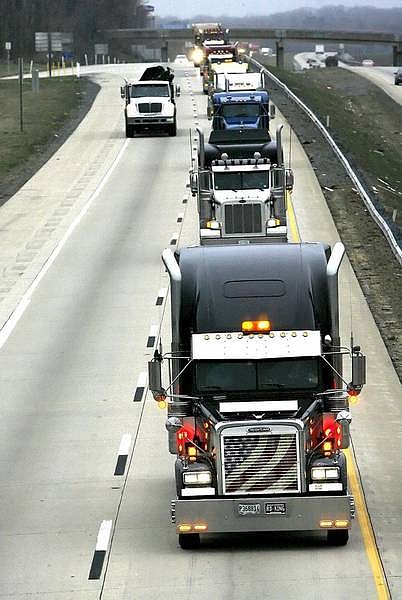 Christine Baker/The Patriot-News A convoy of truckers head to Atlanta on Interstate 81. Scores of truckers took to the highways and streets around the Georgia capitol and blasted their horns to protest rising fuel prices. Watch video related to this story at www.nevadaappeal.com.