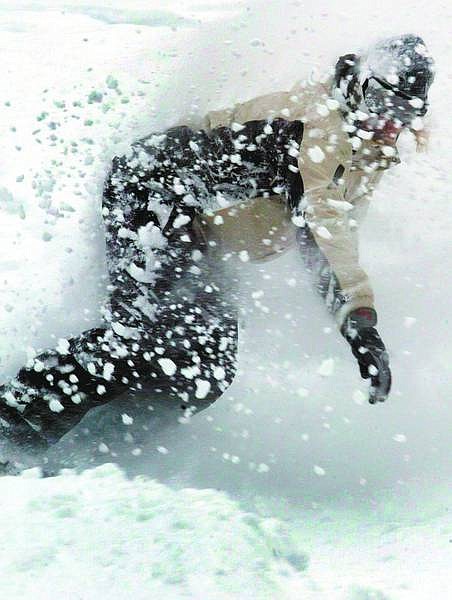 A snowboarder carves through some fresh powder at Heavenly Mountain Resort after a large snowfall in January. Most resorts around Lake Tahoe are scheduled to close by the end of April, but Heavenly Mountain Resort and Alpine Meadows intend to remain open until May 4, and Squaw Valley USA until May 11, a week later than last year. Dan Thrift / Nevada appeal news service