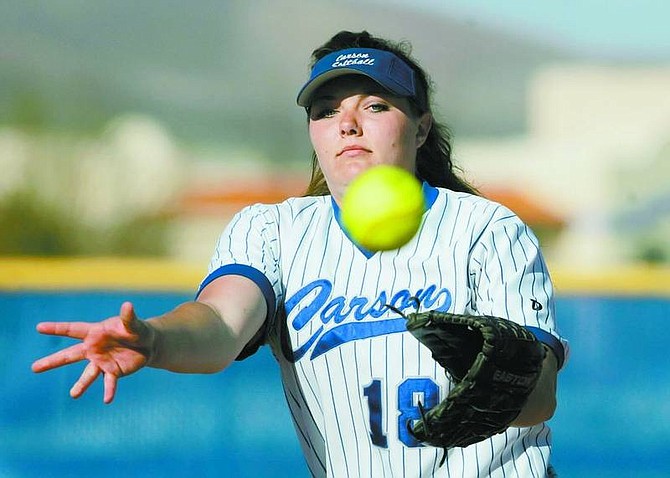 BRAD HORN/Nevada Appeal Carson&#039;s Cassie Vondrak delivers a pitch during the fourth inning of her no-hitter against South Lake Tahoe in Carson on Thursday.