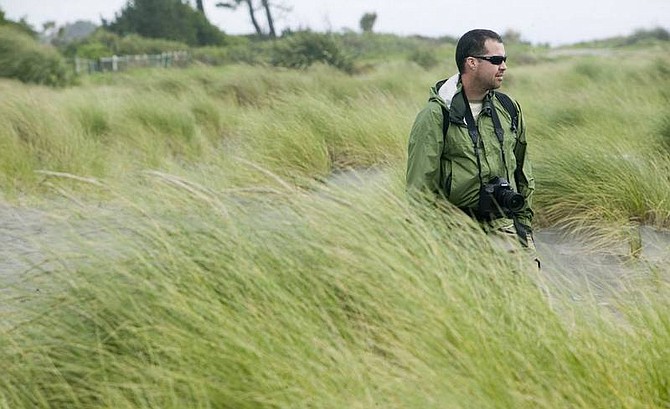 Tahoe Photographer Eric jarvis stands near the beach in Hokatika on the South Island of New Zealand.