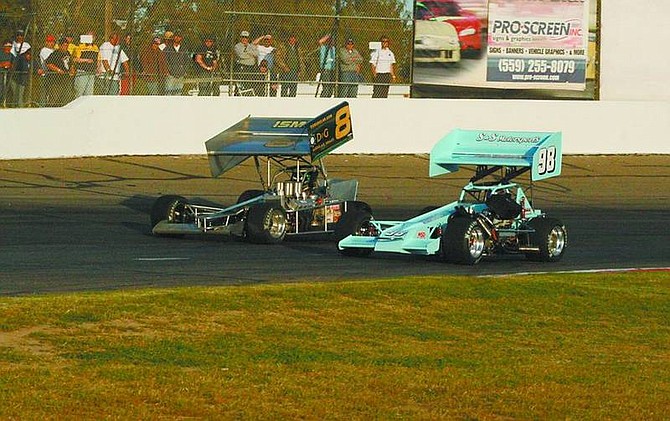 Rhonda Costa-Landers/Nevada AppealS&amp;S Motorsports supermodified driver Troy Regier in the No. 98 makes an inside pass in turn 2 on Justin Belfiore, No. 8, during their heat race Saturday at Madera Speedway in Madera, Calif. Regier won the heat race and the 50-lap main event at the Supermodified Racing Association&#039;s season opener Saturday.