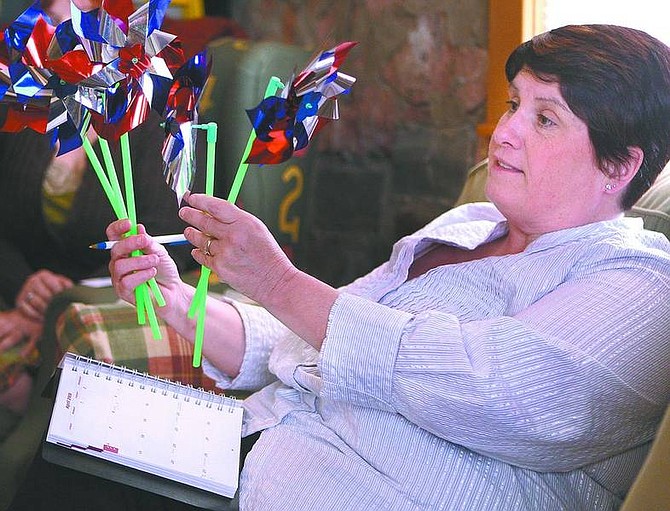 Cathleen Allison/Nevada Appeal Rhonda Roth, parenting coordinator for the Advocates to End Domestic Violence, talks recently about upcoming events, such as the pinwheel placement Tuesday on the Legislative lawn to remember abused children.