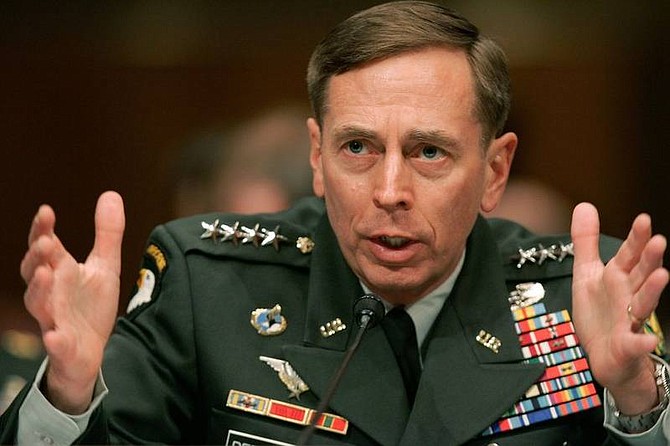 AP Photo/Susan WalshGen. David Petraeus testifies on Capitol Hill in Washington, Tuesday before the Senate Armed Services Committee hearing on the status of the war in Iraq.