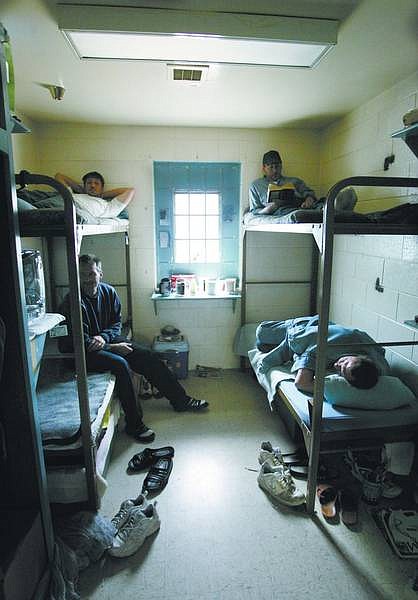 Cathleen Allison/Nevada Appeal File Photo Inmates at Nevada&#039;s Warm Springs Correctional Center hang out in their cell. The prison population is not increasing as fast as expected, which could help the looming budget crisis facing the state.