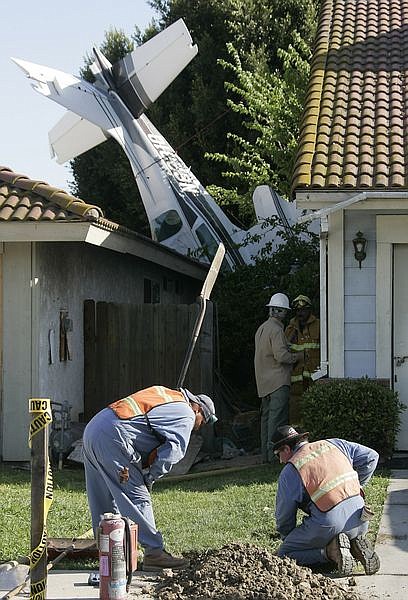 Utility crews shut off the natural gas flow to a home where a plane crashed into it in Compton, Calif. on Saturday, April 12, 2008. A small airplane crashed into a home several blocks from the Compton Airport injuring five people, three on the ground and two from the aircraft. Four of the victims were reported to be in critical condition. (AP Photo/Dan Steinberg)