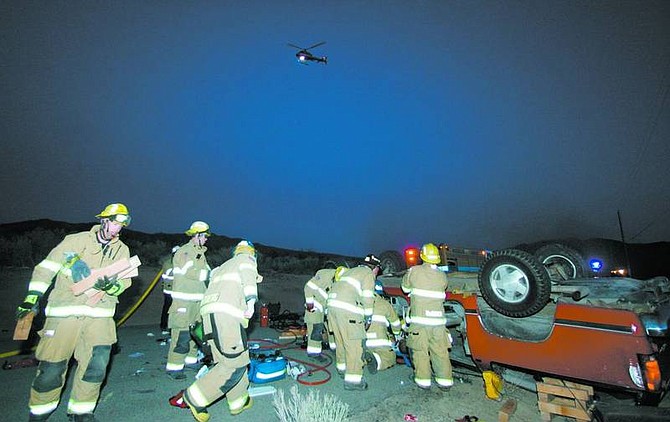 BRAD HORN/Nevada Appeal Carson City firefighters work to extract a victim from a GMC Suburban on Sunday evening after it flipped three times on Golden Eagle Lane while it was traveling north. A man who was ejected from the vehicle is in the Care Flight helicopter above.