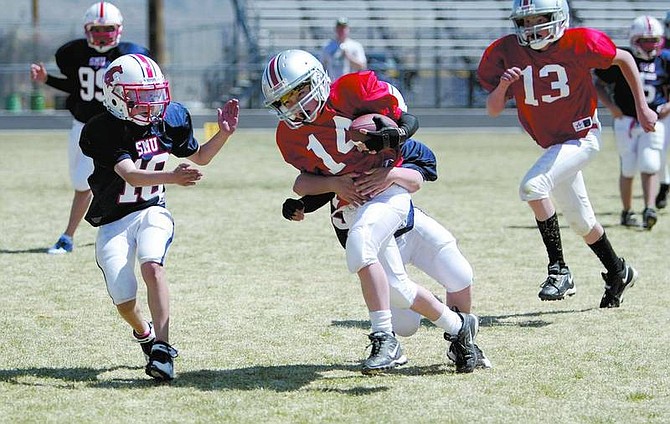 Amy Lisenbe/Nevada Appeal Ohio State Buckeye&#039;s Bailey Vidaurri, center, carries the ball as he is met by Anthony Sparks, left, and Anthony Alioto, tackle, of the SMU Mustangs Sunday afternoon during a football Scholars and Champions Jamboree at the Carson High football stadium.