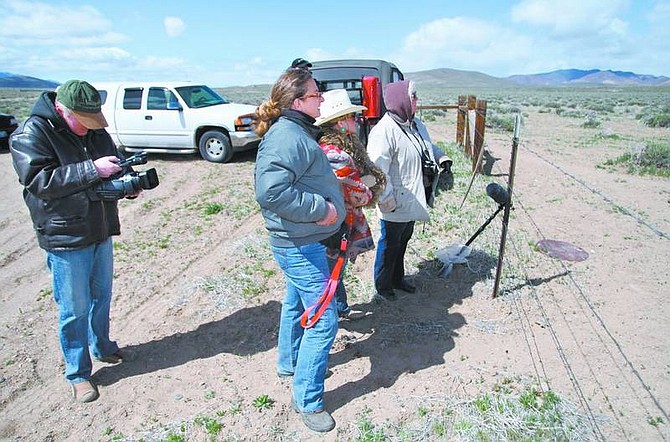 Cathleen Allison/Nevada Appeal Photographer Gabi Gumpert films Antonia Umlauf Baroness von Lamatsch, of Austria, as she and Lacy J. Dalton and Sharon DeCarlo look for a herd of wild horses in Silver Springs on Tuesday morning. The crew was in town to shoot a documentary about wild horses for future release.