Families hit the dirt - on their bikes 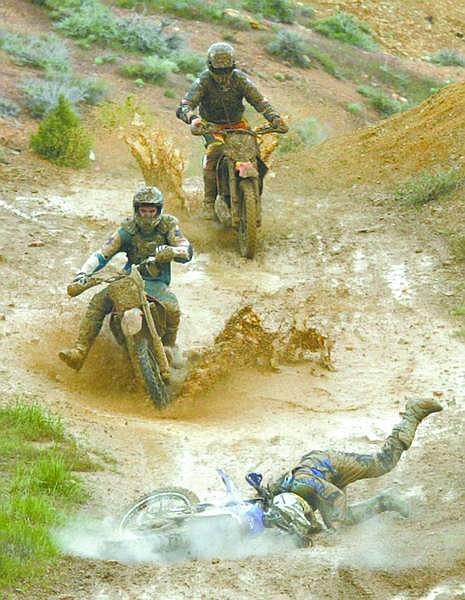 Brad Horn/Nevada Appeal FILE PHOTO Riders try to avoid Dylan McFarlane, of Virginia City after he crashed in a mud puddle at the bottom of a jump along the 19-mile round trip course during the Grand Prix at Virginia City May 1, 2005, in Virginia City.