Hubbard to be featured at Raider draft event 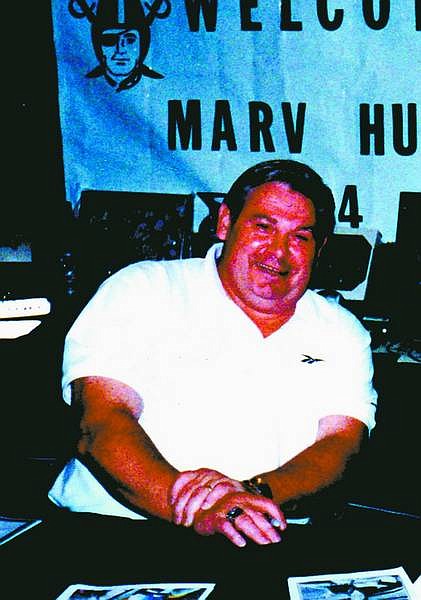 Courtesy photo Former Oakland Raiders running back Marv Hubbard poses for this photo in a 2005 visit to the Carson City Raiders Booster Club Christmas Commitment fundraiser. Hubbard will be on hand Saturday for the club&#039;s NFL Draft Day party at Q&#039;s Restaurant, 230 Fairview Drive from 11 a.m. to 3 p.m.