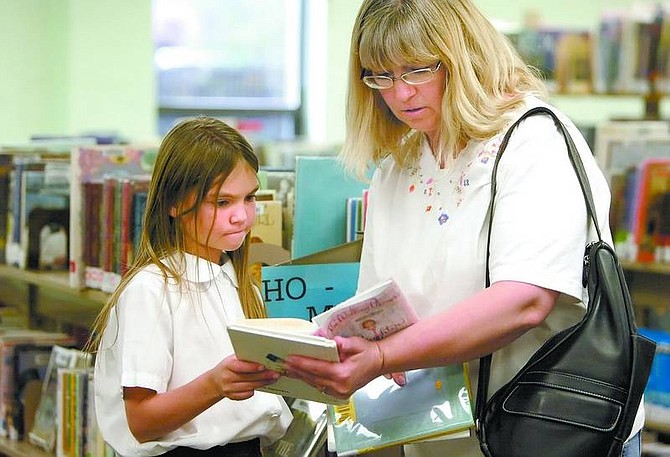 Amy Lisenbe/Nevada Appeal Shelby Jones, 7, and her mother Karla review some of the books they selected from the shelves in the youth area of the Carson City Public Library to decide what they will check out Monday afternoon.