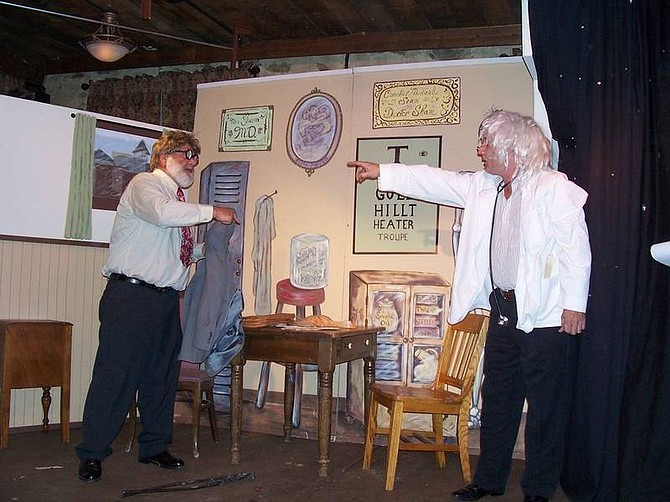 Karen Woodmansee/Nevada Appeal Bob Clerico as Al Lewis and Richard McGregor as Willie Clark go at it in the Gold Hill Theater Troupe&#039;s production of Neil Simon&#039;s &quot;The Sunshine Boys,&quot; at the Gold Hill Hotel at 8 p.m. Wednesdays through June 4.