Oodles of noodles offers oodles of fun in Dayton 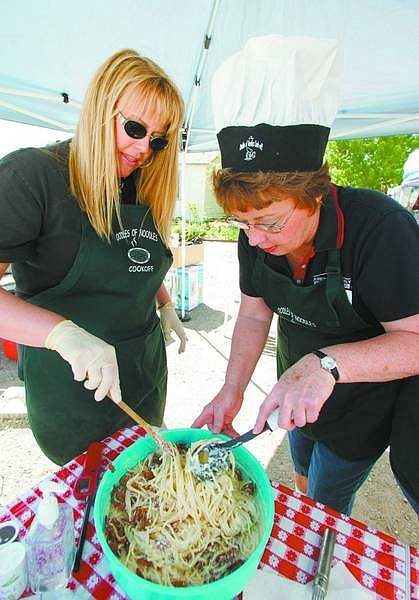 BRAD HORN/Nevada Appeal Kathy McClintock, right, and Dana Matherne, of American Family Insurance, stir bacon into pasta to create a Fettuccini Carbonara at the Oodles of Noodles festival in Dayton on Saturday.