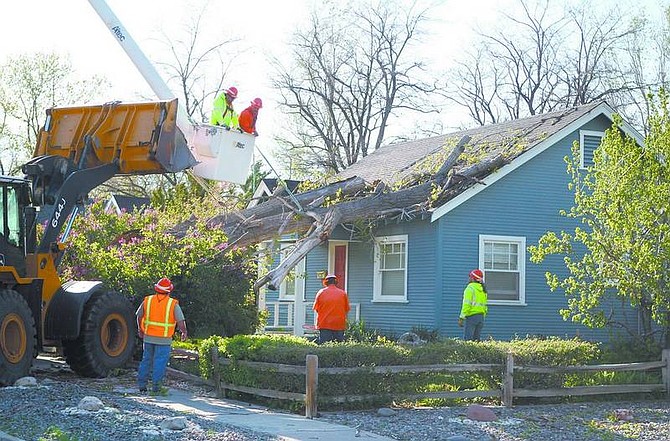 Cathleen Allison/Nevada Appeal Carson City Public Works crews remove a fallen cottonwood tree from a house at E. Telegraph and Anderson streets Tuesday afternoon. An official on scene said the estimated 60-foot tree was rotten in the middle, making it susceptible to Tuesday&#039;s high winds. No one was home at the time.