Man commutes to work; encourages others to try it 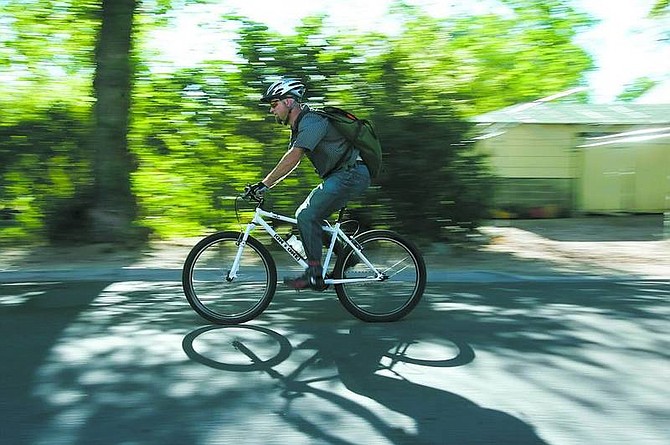 BRAD HORN/Nevada Appeal Jeff Moser rides to his office at the Department of Employment, Training and Rehabilitation from his home in the Northridge area on Friday morning. It takes Moser about eight minutes to make the two-mile commute.