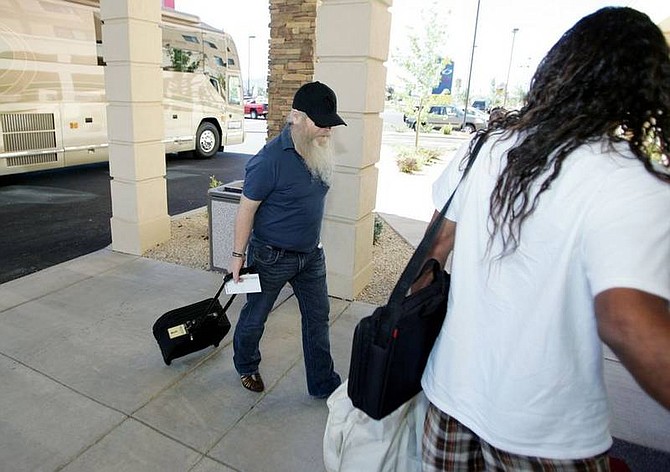 BRAD HORN/Nevada Appeal Members of the band ZZ Top arrive at the Courtyard Marriott in Carson City Monday morning. The band is on a layover from southern California to Nampa, Idaho.