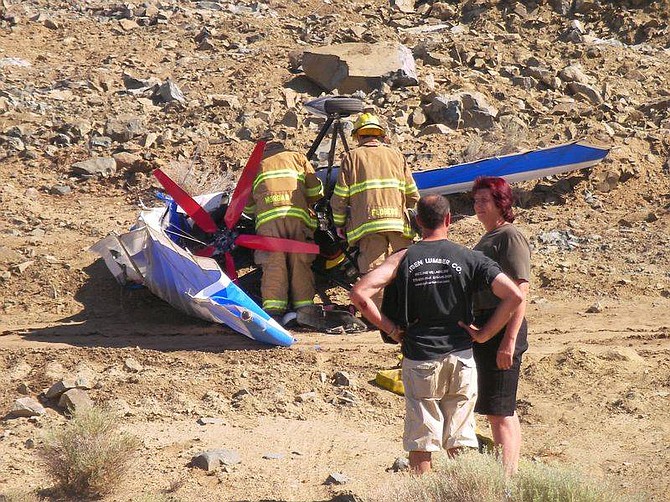 The unnamed instructor and pilot of a light aircraft talk near the wreckage at the Carson City Airport this morning. The pilot, who was practicing landings, was uninjured.