When the hills are too much, take the stage 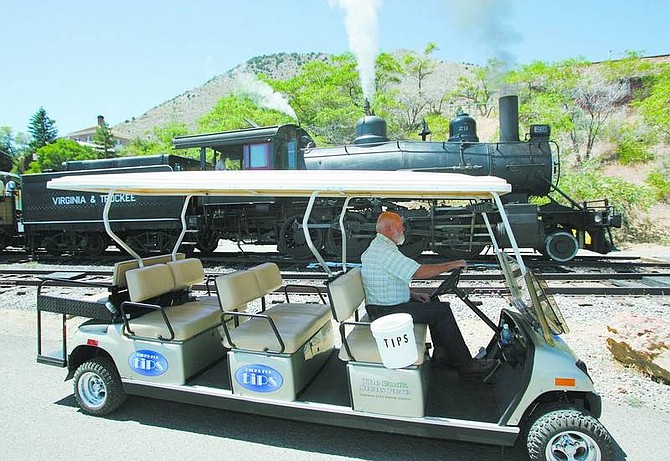 BRAD HORN/Nevada Appeal Grant Smith, who has lived on Union Street in Virginia City for seven years, recently started a transportation service in Virginia City called The Buck Stops Here that carries passengers to and from the cemetery, Ramada Inn, RV park, and the Virginia &amp; Truckee Railroad train station.