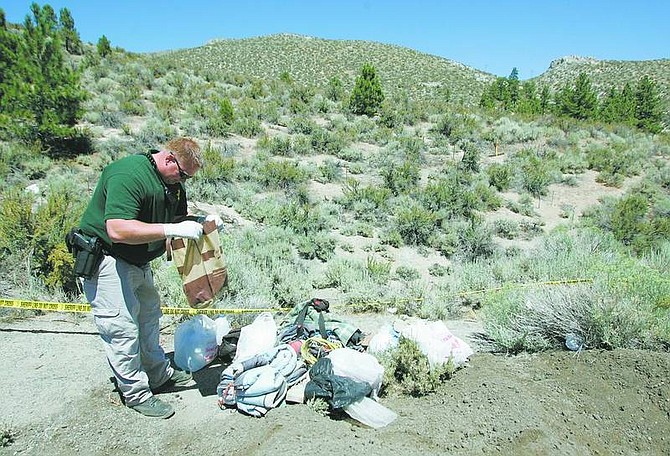 BRAD HORN/Nevada Appeal Carson City Sheriff&#039;s deputy Sam Hatley looks through a bag found near a dead body that was discovered in a ditch along Hwy 50 near Spooner Summit on Sunday.