Model railroaders limited only by imagination 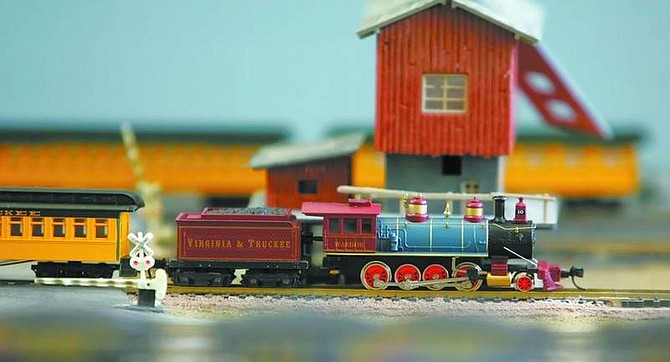 BRAD HORN/Nevada Appeal An &#039;N scale&#039; model train sits in its station at the Nevada State Library and Archives for the Railway Reflections model train show today and Sunday.