Burnin' with the 'American Dream' 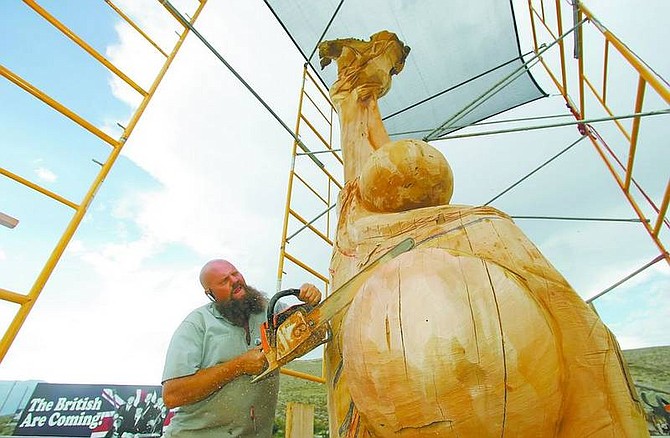 BRAD HORN/Nevada AppealMatthew &#039;Timeless&#039; Welter carves the shield into his 30-foot-tall wooden Statue of Liberty sculpture for his Burning Man art installation on Sunday. He is doing the work at his Carson City store Timeless Sculptures.