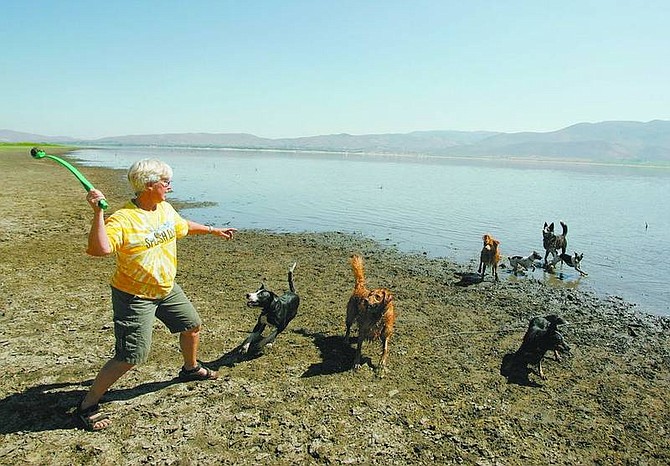 BRAD HORN/Nevada AppealJenny Hass throws a tennis ball to the splash dogs at Washoe Lake last week. The Splash Dogs will be part of the Nevada State Fair, which is opening Wednesday.