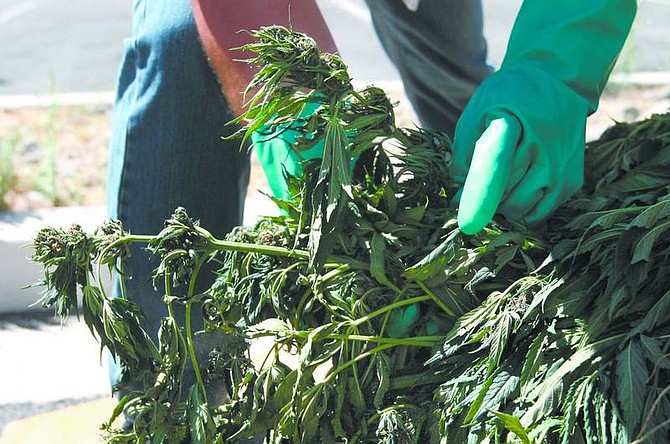 Cathleen Allison/Nevada Appeal Nevada law enforcement officials displayed more than 3,000 marijuana plants seized in Esmeralda County earlier this week. Investigators estimate the street value to be between $800,000 and $1 million. No arrests have been made.