The magic of kindergarten unfolds at Mark Twain 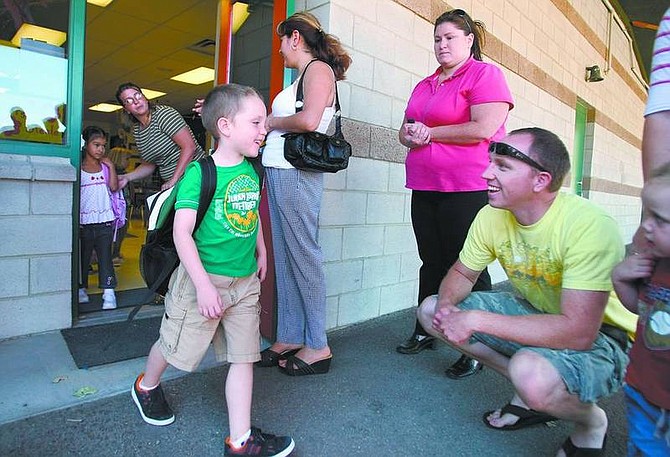 Cathleen Allison/Nevada AppealMark Twain Elementary School kindergartner Angel Martinez draws a picture of what he did on his first day of school Monday.