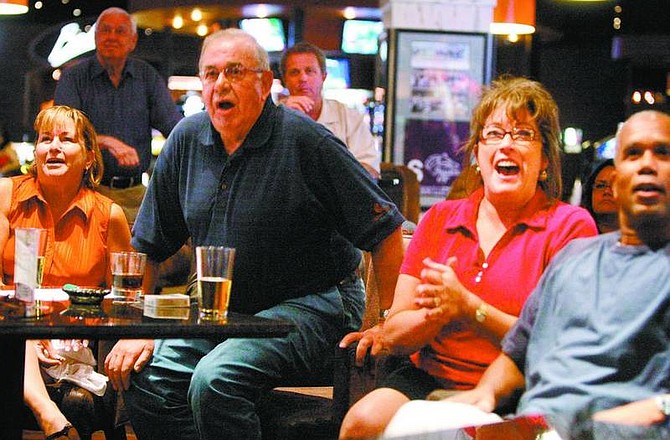 Cathleen Allison/Nevada AppealMayor Marv Teixeira reacts while watching a horse race at Bodines on Wednesday afternoon. Bodines owner Mike Pegram named his racehorse &quot;Mayor Marv&quot; and a group of friends and family of the original Mayor Marv gathered to watch the horse run in his first race in Saratoga Springs, N.Y.