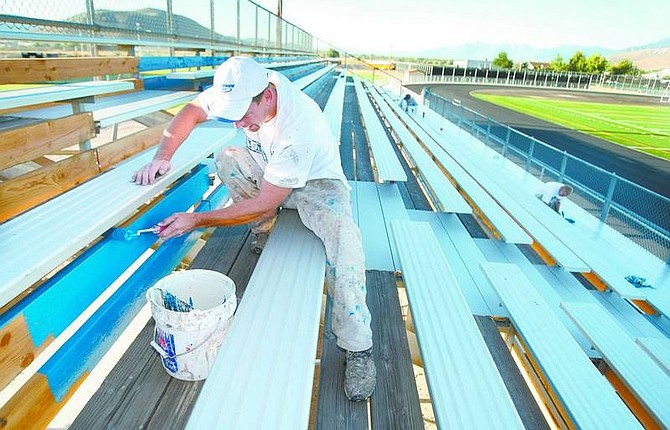 Cathleen Allison/Nevada AppealPaul Tim and a painting crew from Sunridge Painting, of Minden, puts the finishing touches on the bleachers at the Carson High School stadium Thursday morning. The $2 million project to renovate the facility, including a new track and FieldTurf football field, will be unveiled tonight when the Senators play their season opener against Spanish Springs at 7 p.m.