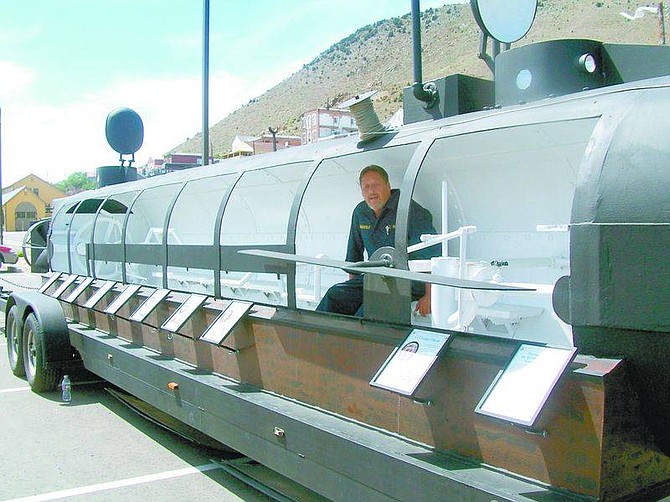 Karen Woodmansee/Nevada AppealJohn Dangerfield, of Charleston, S.C., sits inside the replica of the Civil War submarine the Hunley that he built out of scrap metal. The Hunley is on display through Monday during Virginia City Civil War Days at the Ramada Inn Virginia City, 100 North E St., Virginia City.