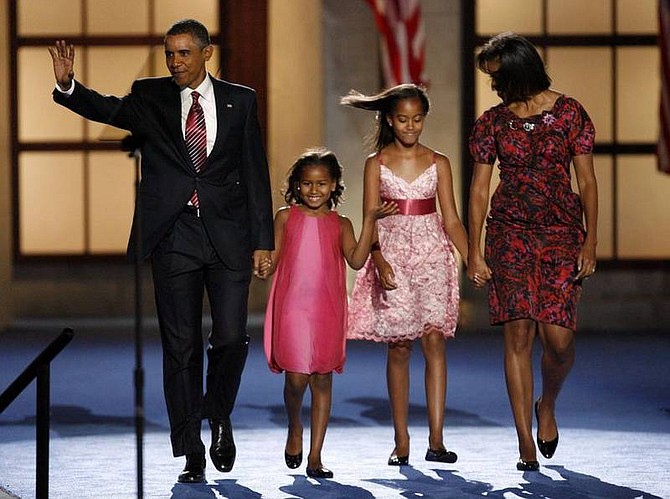 AP Photo/The Dallas Morning News, Vernon BryantDemocratic presidential nominee Barack Obama takes the stage with his wife Michelle and their children Malia, second from right, and Sasha, second from left, Thursday, Aug. 28, 2008 at Invesco Field at Mile High in Denver, on the final day of the Democratic National Convention. Obama formally accepted the party nomination for president, and will face Republican presidential candidate John McCain in the fall.