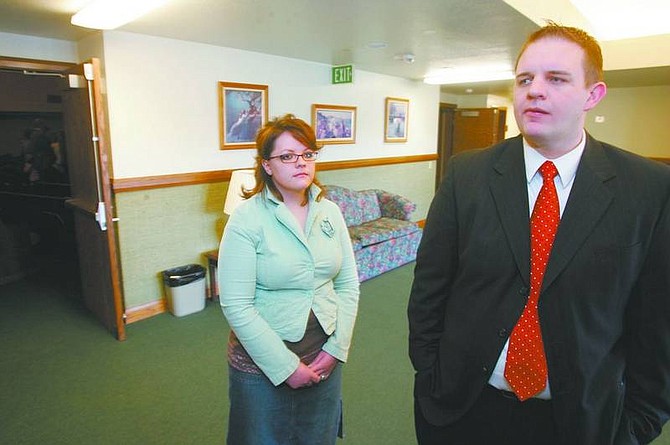 BRAD HORN/Nevada Appeal Mike Fontano and Liana Starks discuss the influence the Church of Jesus Christ of Latter-day Saints&#039; late president Gordon B. Hinckley had on their lives before watching his funeral service on television at the Carson City stakecenter on Saturday.