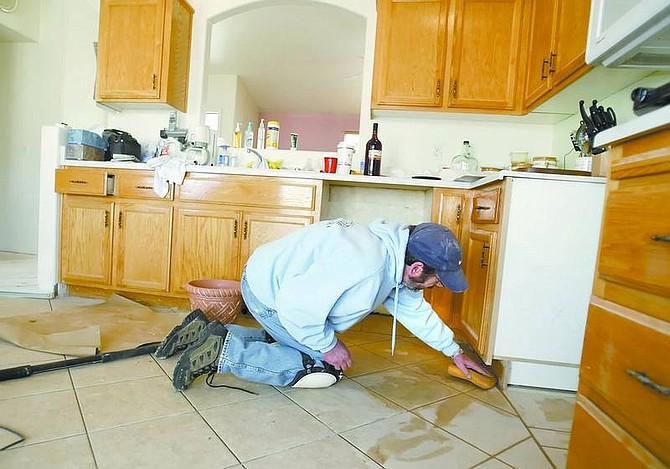 Amy Lisenbe/Nevada Appeal Fernley resident Wesley McKnight washes excess grout from newly laid tile in the kitchen Monday afternoon, one of many efforts the home owners have made to repair flood damage to their home on Jenny&#039;s Lane.