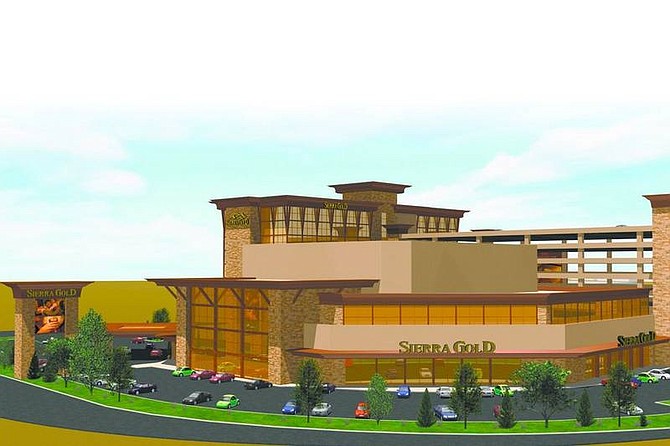 The Sierra Gold casino is seen in a rendering provided by the casino&#039;s parent company Golden Gaming Inc., based in Las Vegas. The company wants to invest $100 million in the casino, hotel, parking structure and convention space that would be located on Highway 50 East near the Highway 395 bypass.