Thong found near body of Brianna Denison a 'taunt' for police? 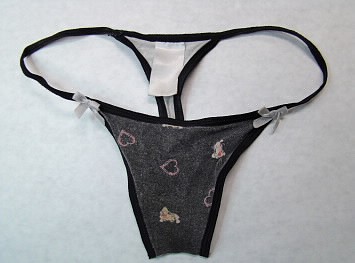 Reno police released the photograph of a thong found near Brianna Denison&#039;s body, but determined through DNA testing to not belong to her.