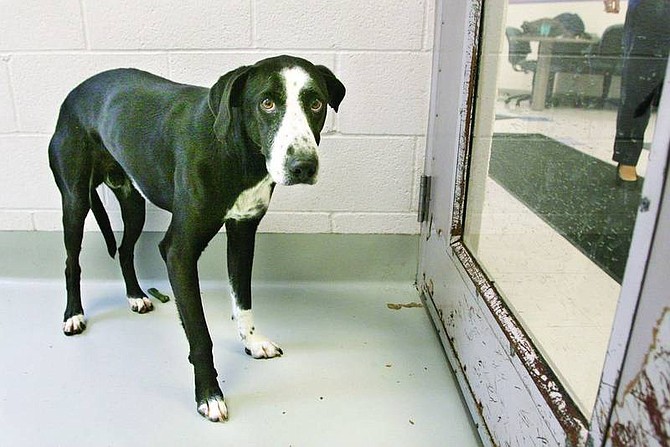 Jen Schmidt/Nevada Appeal News Service Joe is the younger of two Labrador-Dalmation mixes taken in by Pet Network in Incline Village after their owner&#039;s death in Gabbs in May 2007. Even before their caregiver&#039;s death, Joe and Moe were part of a pack of 145 dogs stranded in the middle of Nevada with very little human contact and socialization, leaving them very shy and frightened around even the most benign human presence.