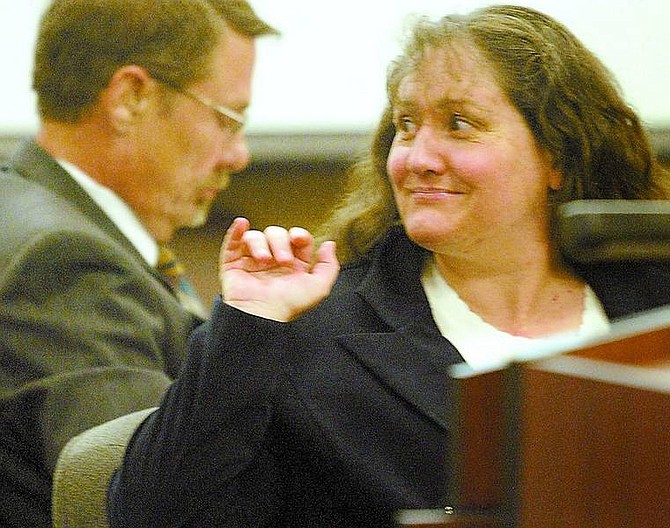 Shannon Litz/Nevada Appeal News Service Karen Bodden waves to someone in the gallery of Judge Dave Gamble&#039;s court in Minden before potential jurors come in for jury selection in her murder trial on Monday.