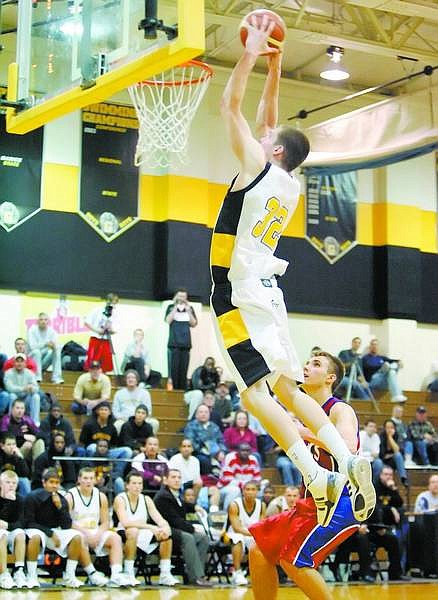 BRAD HORN/Nevada Appeal Galena&#039;s Luke Babbitt dunks during the second half of their championship game against Mountain View at Galena High School on Saturday.